In Korallhavet [the Coral Sea], visitors can view around a hundred endangered stony corals and learn how a coral reef grows over time. This is one of Europe’s largest aquariums for live corals – and is also a living gene bank. 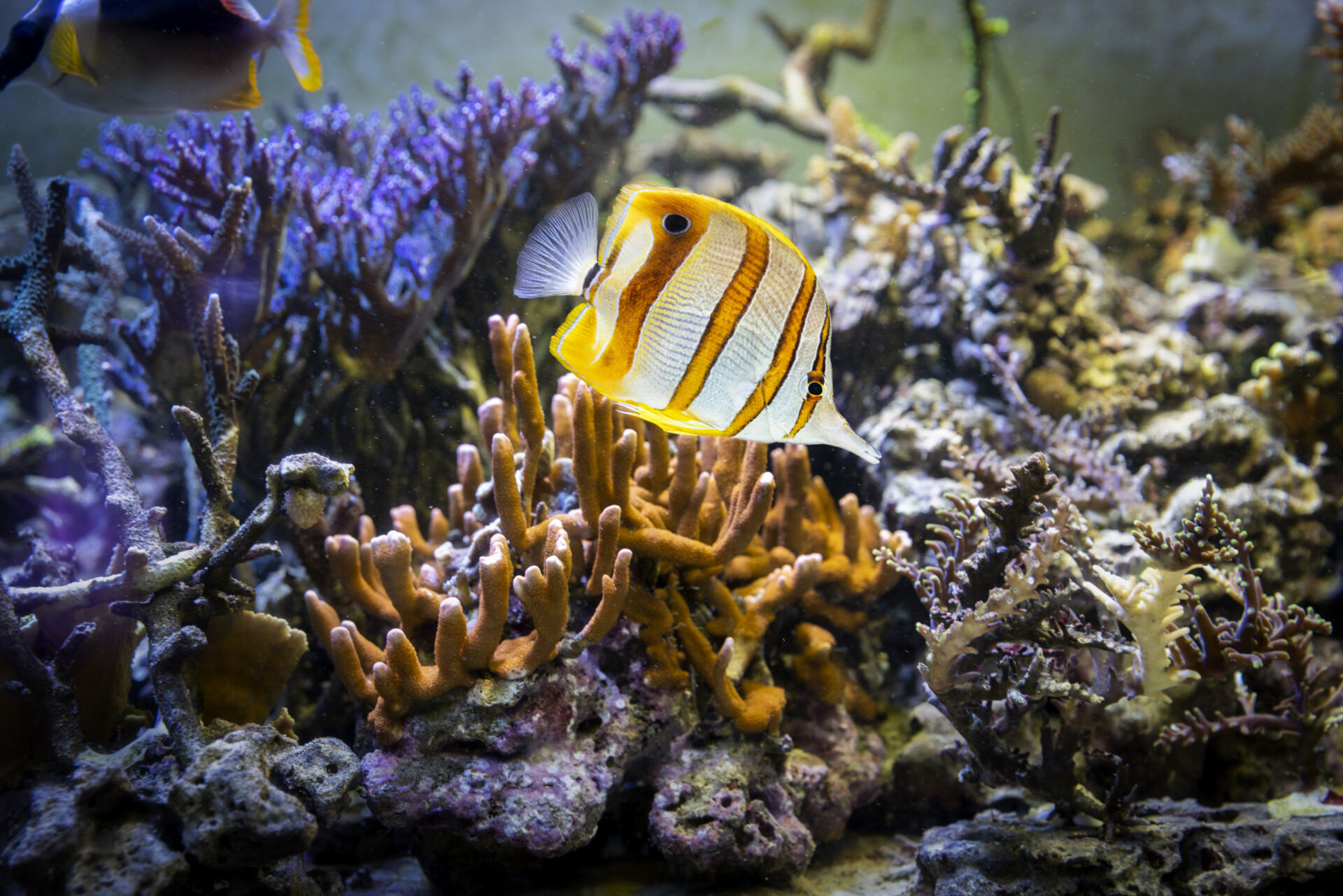 There are hundreds of species of coral and around fifty species of fish living in Korallhavet, the largest aquarium. Photo Kristin Lidell.

In the new public aquarium hall, the largest aquarium, Korallhavet (with a capacity of 400,000 litres), will be home to hundreds of endangered tropical corals. In this aquarium, the museum’s marine biologists use light and salinity to carry out experiments on ultimate living conditions for the delicate corals.

“The corals will be fairly small at first, but they’ll grow within a year or so. Visitors will be able to trace their development over time,” says Björn Källström, researcher and development manager at the aquarium. 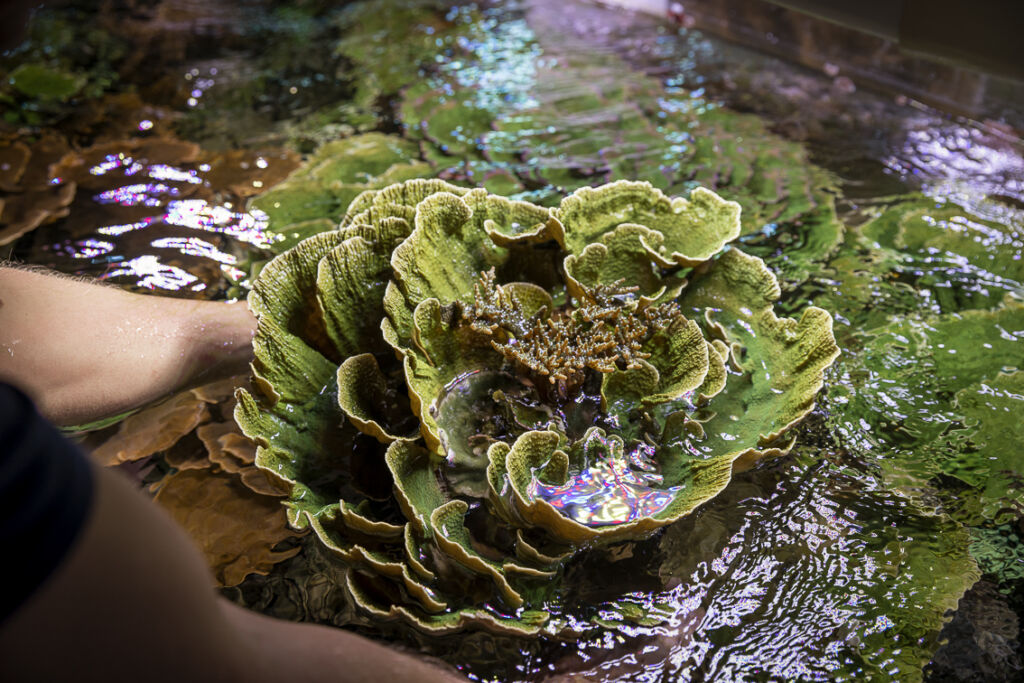 The Montipora coral is one of around a hundred species that will be displayed in the new aquarium. Photo: Kristin Lidell

The Maritime Museum and Aquarium’s new coral aquarium is unusual. This is because it houses living corals, which is rare in public aquariums, and also because coral reefs are endangered ecosystems. According to a climate report from the UN’s Intergovernmental Panel on Climate Change (IPCC), only one per cent of the earth’s coral reefs are likely to survive if we exceed two degrees of global warming. It may perhaps not be possible to experience most of the corals at the Maritime Museum and Aquarium in the wild in future

“We can’t stop the climate crisis by cultivating corals, but we can help save them for the future,” says Björn Källström.The hard work of building up the gene bank is now in progress in a new molecular laboratory at the aquarium alongside the work of cultivating and breeding corals to ensure their survival.

Depending on how bad conditions become for coral reefs, our corals may also become important for restoration of coral reefs in the natural environment.

The aim of the gene bank is to connect public aquariums in Europe – and at a later stage all over the world – housing living coral aquariums. By creating a communal database, researchers will be able to keep track of the species of corals kept in the various public aquariums in the long term.

“We can then share corals within the gene bank so we spread them out over a large number of aquariums. We will also allow researchers to access the corals in the gene bank in order to carry out research projects. They are not primarily intended for planting in the sea, but depending on how bad conditions become for coral reefs, our corals can also become important for restoration of coral reefs in the natural environment,” says Björn Källström.

Facts: how to breed corals in three stages

One of the methods that marine biologists at the aquarium use to breed their corals is “fragging”. This involves dividing up the corals and sticking them to a plate with superglue and placing them in an aquarium to grow. Click through the slideshow using the arrows to see how it works. 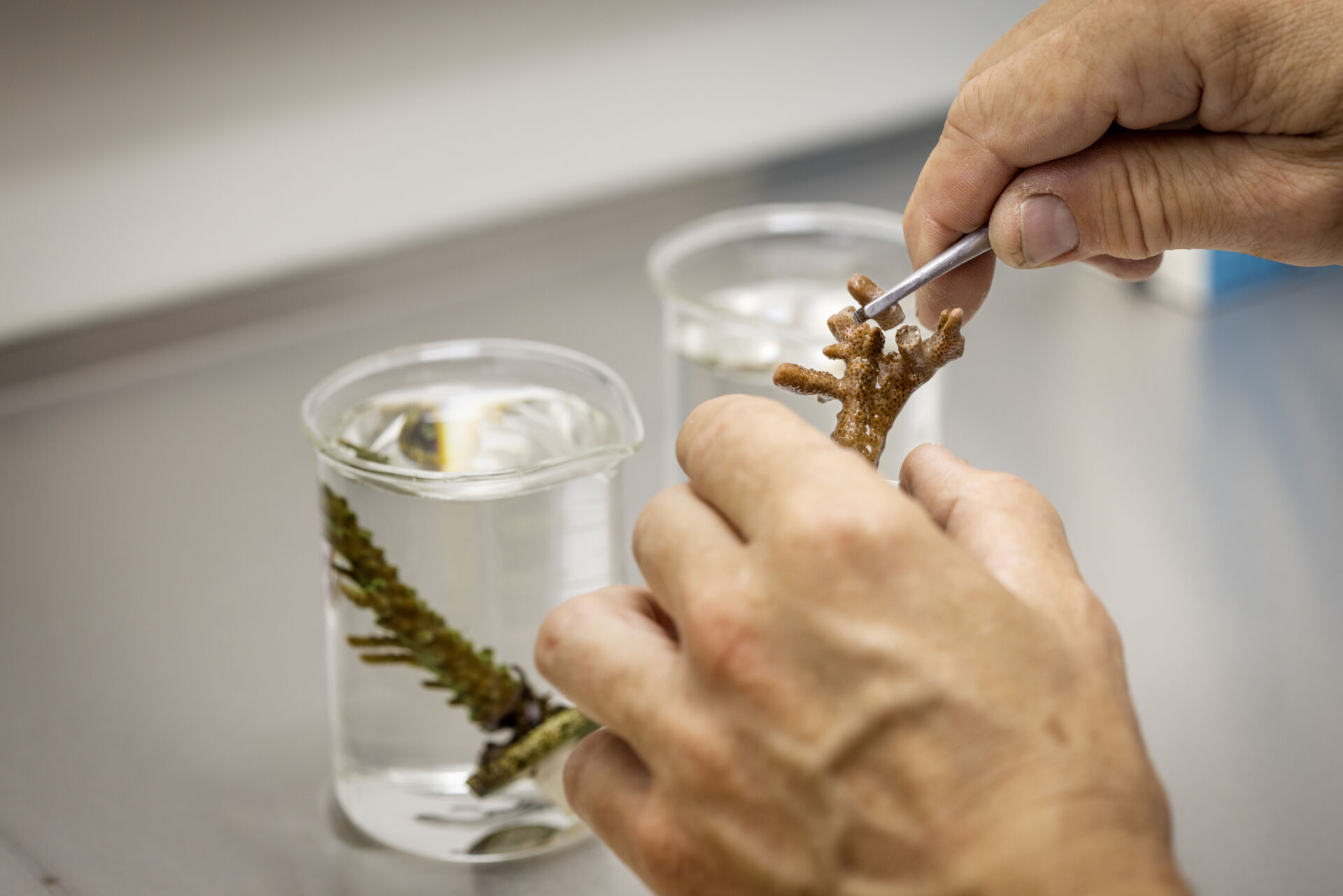 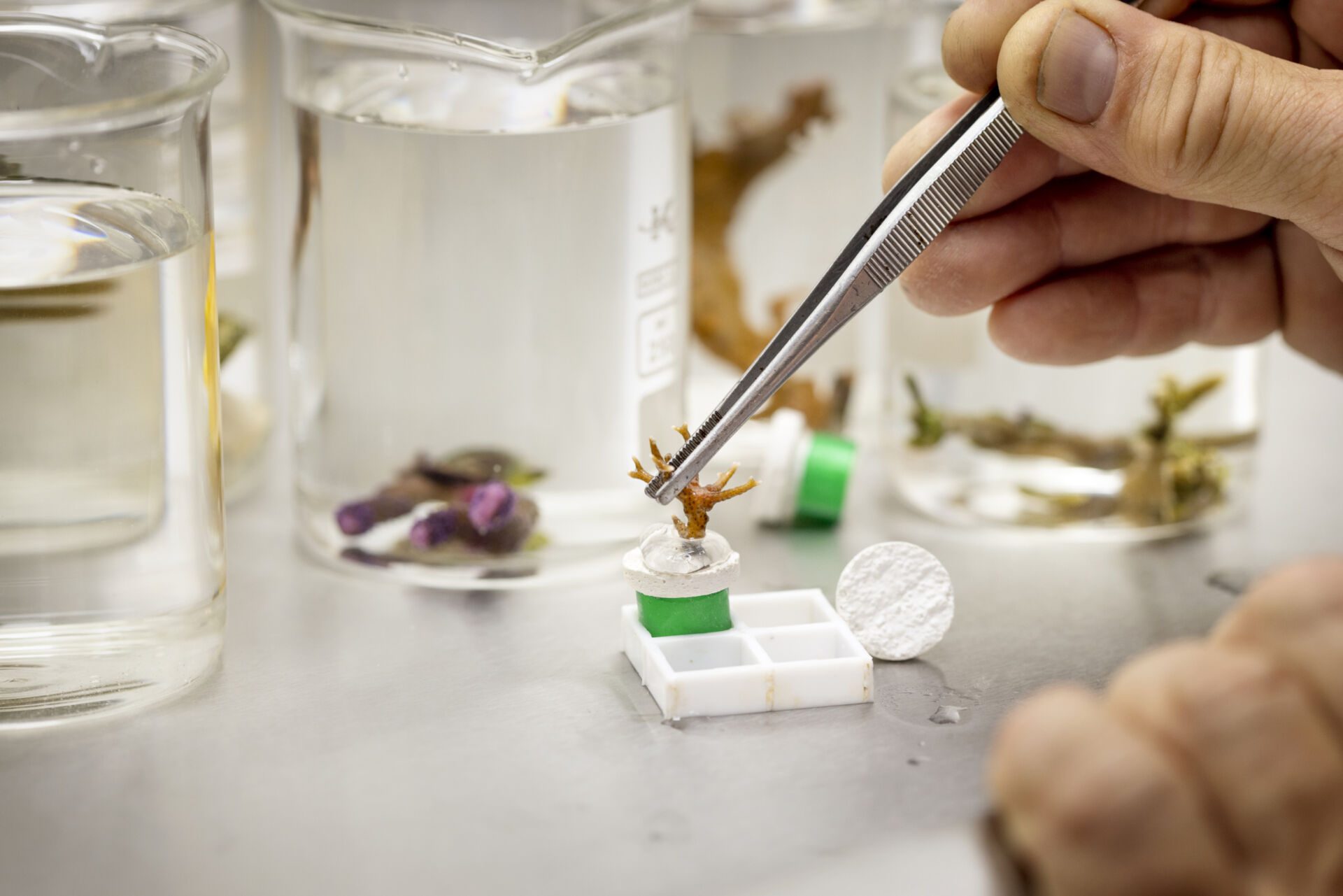 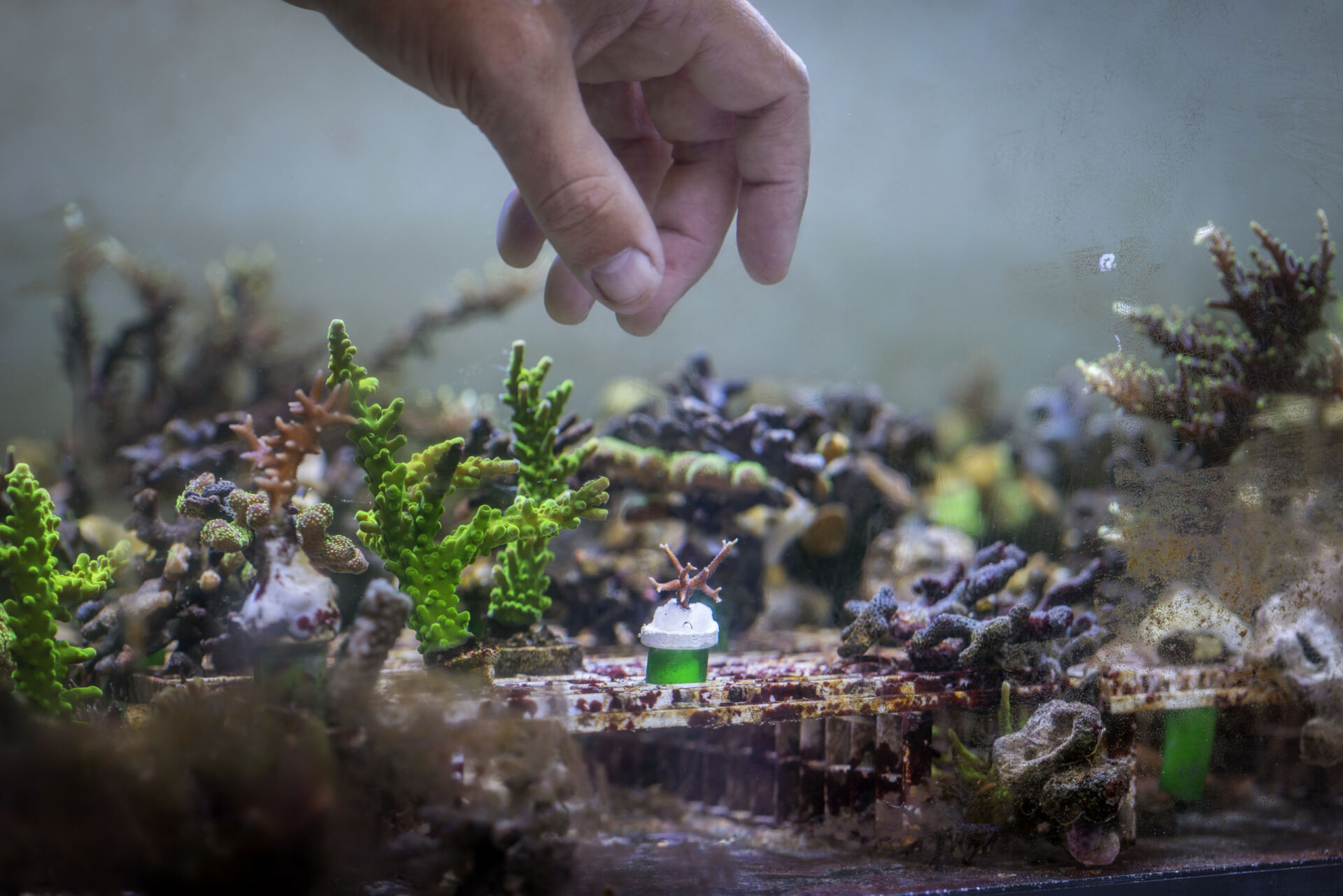